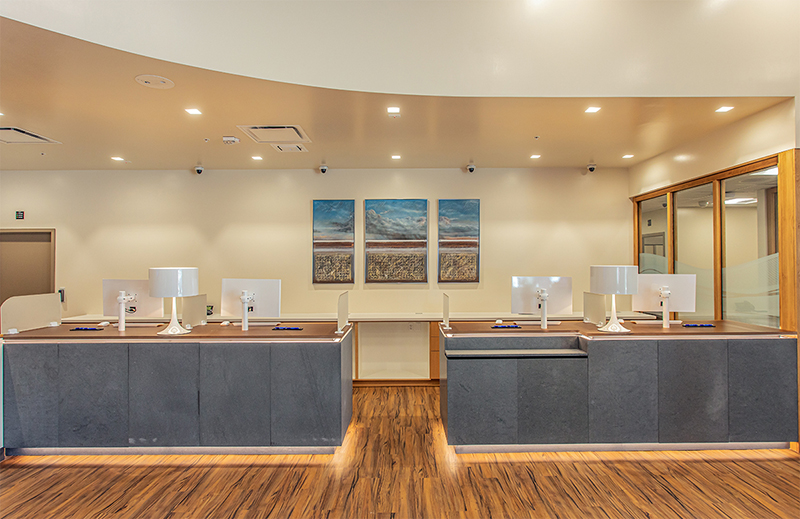 Bank of Hawaii celebrated the opening of its new Iwilei Branch with a traditional Hawaiian blessing on Monday, Mar. 2 at 8 a.m.

The new Iwilei Branch retained all 12 employees from the bank’s former Waiakamilo Branch, which closed on Friday, Feb. 28. The new branch is open six days a week and offers a variety of banking services conveniently located in the hub of the Kalihi community.

The architect for the Iwilei Branch is MC Architects, Inc., and the contractor is Allied Builders System.

Additional branch transformations are planned for the future. Bank of Hawaii has 68 branches in Hawaii.