A trip to Lanai makes a great staycation, not only because of its historic pineapple plantation origins, but also because this small island packs a punch of adventure, which begins on your way there. Take a 30-minute flight from Honolulu or a one-hour ferry ride from Lahaina. On the ferry (think “scenic boat tour”), be prepared for dolphin- and whale-spotting, and impressive ocean swells. The small, quiet island is home to just 3,100 residents, almost all of whom live in the island's one populated area, Lanai City, a big name for a few blocks of houses with a truly small-town feel.

The isle has managed to hold onto its original splendor and remain mostly untouched— rugged beauty with sea cliffs, rock-studded dirt roads and an overall expanse of wind-swept fields and valleys. Lanai's sense of nature in the raw offers a rare glimpse of what Hawaii must have been like without the resorts and condos so prevalent on our larger islands.

Fun Fact: Lanai has no traffic lights, and only three paved roads.

Some visitors fly in and immediately head to the island's Four Seasons Resort to lounge amidst its world-class amenities. Others rent jeeps and four-wheel drive along bumpy back roads to explore stunning vistas that are otherwise inaccessible.

Whichever getaway path you are on, here are some ideas about what to do on your Lanai vacation. 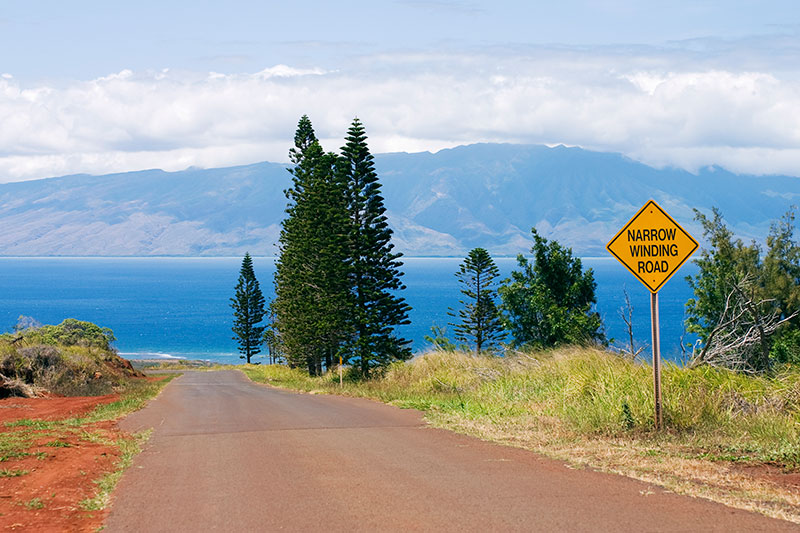 If you don't have friends or family on Lanai, there aren't many options for places to stay, which is why visitors often only do a day hop. However, spending the night here is the best way to really soak in the unique atmosphere of the place. At the center of the island, in Lanai City, is historic Hotel Lanai, offering charming, plantation-style lodging with free Wi-Fi in its 11 unique guest rooms.

On the south shore, near Manele Harbor, a road lined with carefully manicured foliage opens into an oasis of comfort at the recently renovated, five-star Four Seasons Resort Lanai at Manele Bay. The luxurious property overlooks the beautiful, deep-blue sea and striking rocky coastline. On-site activities include top-rate golf and tennis facilities and multiple pools, including an adults-only pool in a lagoon-like setting.

Dining options range from chic resort restaurants to humble cafes, a coffee shop, and a farmers market. Most of your choices are in Lanai City, such as local favorite Blue Ginger Café, a homey bakery and restaurant that's open seven days a week and offers breakfast burritos and local favorites such as loco moco and sauteed mahimahi. The café is known for baking all its bread, hamburger buns and croissants for sandwiches, as well as pastries. Many people take home cinnamon buns and blueberry turnovers as omiyage—perfect made-in-Lanai gifts for family and friends. 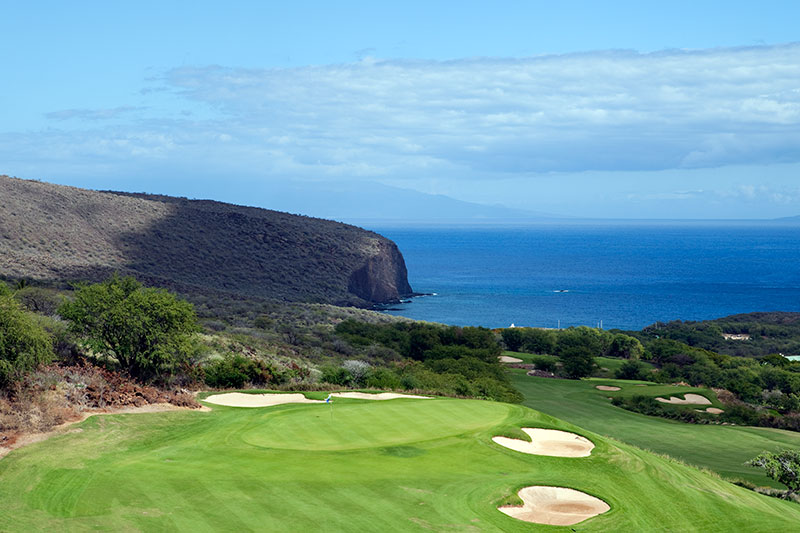 Keahiakawelo (The Fire of Kawelo), on the island's northwest side, is an out-of-this-world rock garden about a 45-minute drive from Lanai City. Also called Garden of the Gods, it is accessible only by four-wheel drive. It's said that two kahuna, one from Lanai and the other from Molokai, had a contest to see which could keep a fire burning longer. Lanai's kahuna, Kawelo, used all of the area's vegetation to keep his fire burning, which explains the barren land, with its extraordinary rock towers, spires and other formations. The “garden”is most captivating at sunset, when the rock formations take on gold, red and purple hues.

Shopping in Lanai means discovering locally crafted treasures in Lanai City shops, galleries and boutiques—without having to fight for a parking spot. The popular Mike Carroll Gallery, located across from Dole Park in Lanai City, is owned by the artist Mike Carroll, who can often be seen there painting at the easel. The simple but charming art gallery displays both his work and that of other artists as well. The gallery is a great place to pick up a painting or print of a favorite spot on Lanai—Carroll paints the island's iconic landmarks as well as simple Lanai scenes he discovers in passing.

Discover our full list of must-see places to eat, sleep, shop and adventure below! 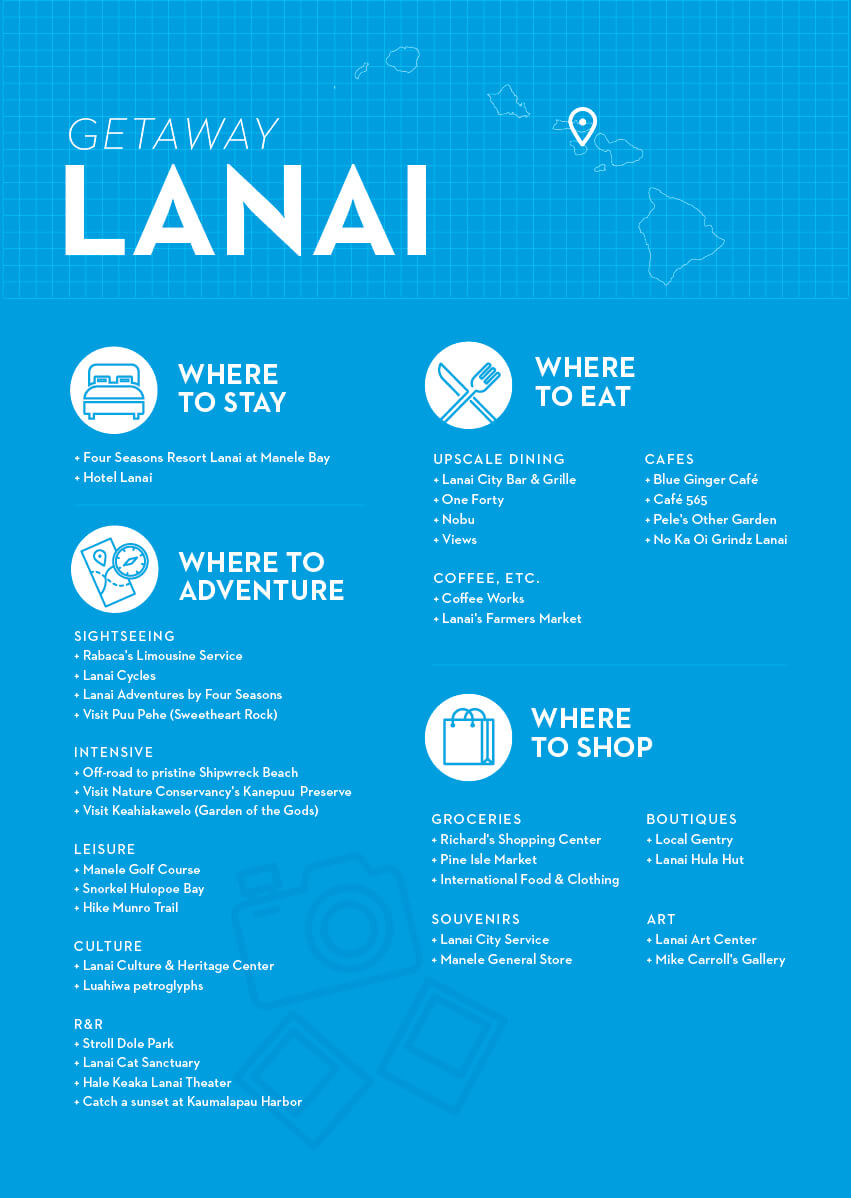