Taking PRIDE in Ourselves and Our Community

By: Andy Downes, Senior Vice President and Sales and Segmentation Strategy Manager at Bank of Hawaii

Presenting ourselves in public is commonplace in daily life, almost as basic as breathing. Yet, for LGBTQ men and women, self-identity isn't quite so simple. Ten years ago, I couldn't imagine I would be writing this article or helping to craft the first Diversity and Inclusion Program at Bank of Hawaii, and the organization's very public support of the LGBTQ community. That's because ten years ago, I would step out of my house as Andy Downes, a closeted gay officer in the United States Navy. Today, I step out as a senior vice president at Bank of Hawaii. And as a proud and openly gay man.

This is My Story 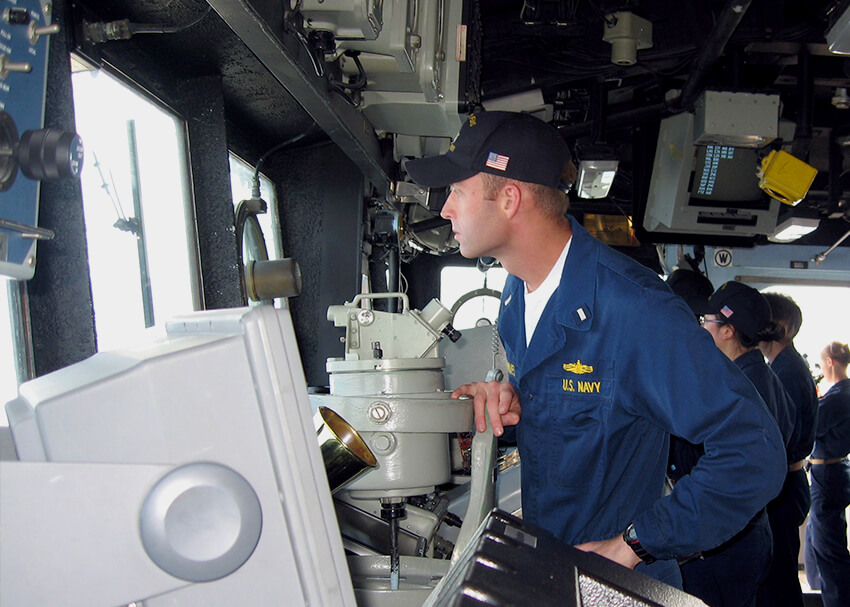 Much of my life I didn't have the luxury of publicly sharing that I was gay. I was raised in a Catholic family and then served in the Navy during the era of “Don't ask, don't tell.” I was confident in my talent and excelled in the Navy, but both at home and in my career, I wasn't able to be my whole self. I worked hard at my job but also worked hard to make sure that the authentic—gay—Andy would go unnoticed.

Growing up, I spent a lot of time and thought covering up my true self. By the time I entered high school, I was aware that I was different from many of my peers. So, I intentionally placed myself into hyper-masculine environments as a way to “grow out of it” or at least mask it.

After high school, I attended the United States Naval Academy and earned a Bachelor of Science in systems and weapons engineering. I went on to active duty, working as a gunnery officer, engineering officer and aide to an admiral at U.S. Pacific Fleet at Pearl Harbor. My future was promising. But ultimately, my personal life and my career were at odds. I didn't confide in anyone or let the two parts of myself unite until I met the man who would become my husband, Duke Ah Moo, in 2007 when I was stationed in Hawaii. 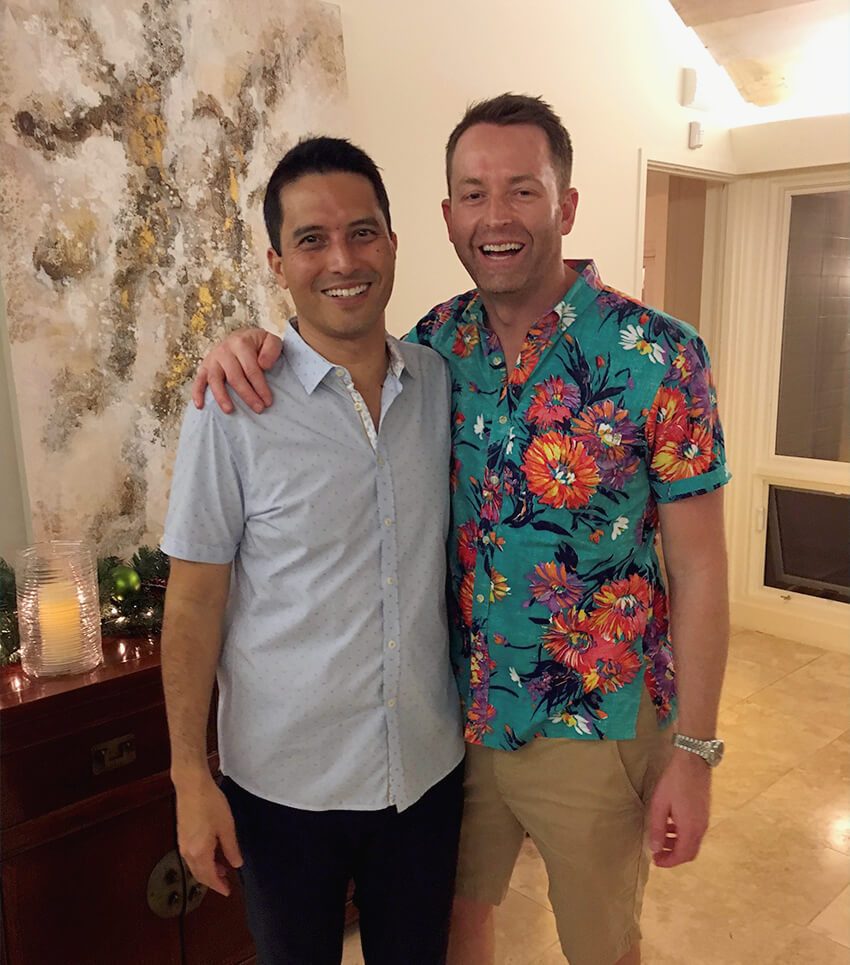 While Duke and I were dating, I effectively lived out two lives. My given name is Andrew, so at work or with my family and friends, I was Andy; when dating, I went by Drew. This way, I was able to be myself to an extent. If someone I dated talked with a friend or colleague in the Navy, I wouldn't be outed.

The arrangement worked for some time, but living two lives was exhausting. I love the Navy, and I love my country. But I hated that I had to hide who I was, and I knew I couldn't be a part of an organization where I couldn't be myself.

I left the Navy in late 2008 and enrolled in Pepperdine University in Los Angeles where I earned my master of business administration degree. I was living with Duke, but continued to keep my relationship private to keep my career opportunities open. Would employers want me if they knew I was gay?

Coming Out of the Closet

I started a job at Bank of America and rose into leadership positions. I was out to some but still largely closeted...until a friend invited me to an LGBTQ mixer. It was a part of Bank of America's Diversity and Inclusion program. It was a revelation. There were others like me. There were straight allies who supported their gay colleagues' right to be open about who they are and who they love. This was all ok!

I quickly became active in the bank's diversity and inclusion program and left behind the burden of covering up who I was. Finally.

I thought I would never leave Bank of America. I loved that the organization opened their arms to the LGBTQ community and celebrated the diversity of their employees. These experiences at work helped me in my relationships with my coworkers, friends and family, and helped me come out of the closet.

When I came out to my father, he affirmed his love for me as his son, however he was curious as to why I was gay. Was this his fault? How long did I know? When did I decide to be gay? He apologized for having a lot of questions, but the questions weren't judgmental—he was simply interested in getting to know me more. I appreciated his questions. It showed me he was interested in me and my happiness.

These kinds of conversations between family are so important. But it's just as important that it should take place in the public sphere as well. How welcoming can the workplace environment be if, say, a heterosexual male is not comfortable having a conversation with an LGBTQ employee? Leadership needs to know how to connect with the LGBTQ population at their organization, how to motivate them and how to remove barriers that keep people in the closet.

After seven years at Bank of America, Duke and I moved back to Hawaii. For him, it was a chance to come home. For me, I knew I couldn't go back in the closet.

Building PRIDE at Bank of Hawaii

From day one at Bank of Hawaii, I made the decision to bring my true self to work. It wasn't an easy decision, but my leadership team has made me feel welcomed, accepted and encouraged to be myself.

After being with Bank of Hawaii for about a year, in late 2017, Bank of Hawaii CEO Peter Ho spotted me walking past his office. He called me in for my thoughts on how best to help our employees feel welcome and supported. I had questions. Do we have a sizable group of LGBTQ employees? Is a program like this needed? I remember asking another senior leader in the organization, “Is anyone else gay here?” 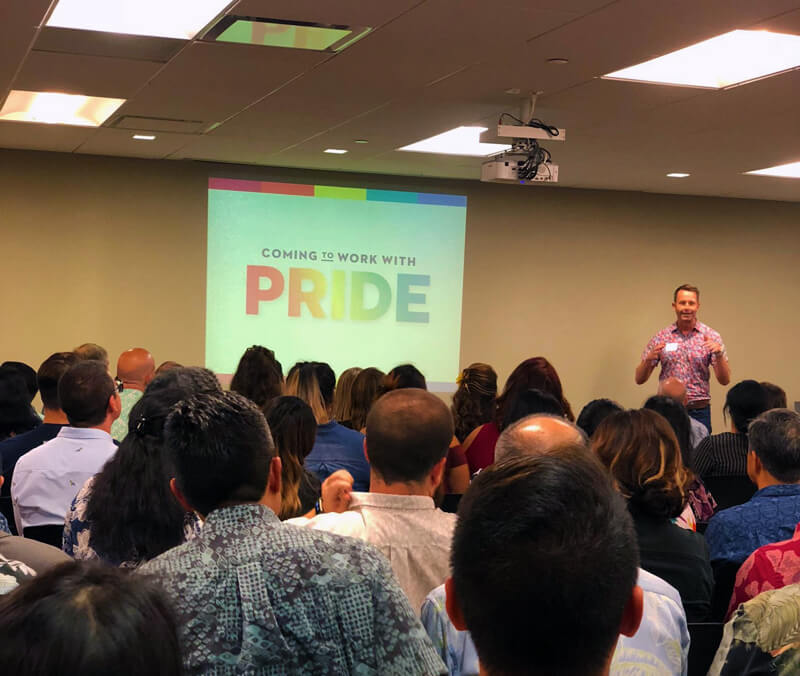 From that meeting, the Bank of Hawaii Diversity and Inclusion Program was born, and we immediately began planning the first bank-sponsored LGBTQ networking mixer. The event attracted about 40 employees, a mix of LGBTQ and allies. The result was encouraging and two types of responses stood out. First, people were wowed: “This is a bank event?” Second, they were heartened: “It feels good to know that the organization cares about me.” Bank of Hawaii had given them a space to feel comfortable being themselves.

The Bank of Hawaii Diversity and Inclusion Program aims to help all of our employees thrive and do their best work. One of our key goals is to break down barriers by educating allies and turning those allies into accomplices. I define an ally as someone who is helpful and supportive to the LGBTQ community, or any other diverse group. An accomplice is even more deeply engaged, actively becoming knowledgeable and working to help bring down the barriers that keep people from being their true, authentic selves.

The program's second networking social and reception during national PRIDE month in June was attended by nearly 150 LGBTQ and ally employees—a great demonstration of support for our LGBTQ teammates. We included storytelling, as hearing about a person's challenges and triumphs helps create understanding and connection. 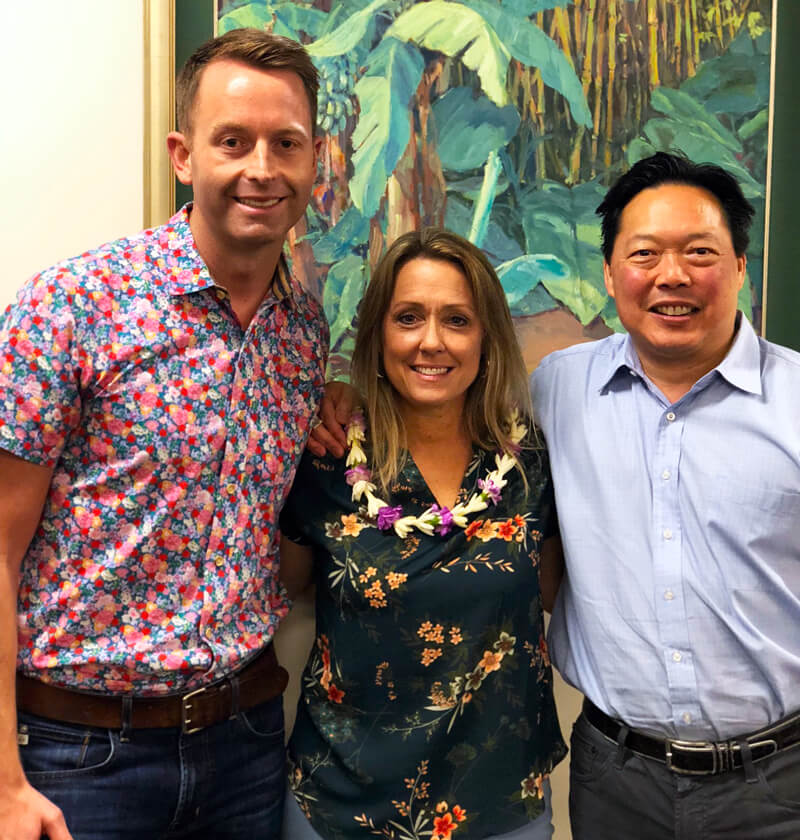 Peter Ho passionately conveyed his vision for Bank of Hawaii, where employees would never feel the need to hide who they are at work in fear of being passed up for a promotion or opportunity to advance their career. He also shared his vision for Bank of Hawaii to continue to lead with compassion and acceptance, and stand in support of all 2,000-plus employees who are collectively the heart and soul of the organization.

The highlight of the evening was Rainbow Wahine basketball coach Laura Beeman, who talked about the need to feel whole in order to bring your whole self to work. Coach shared her own journey of coming out and learning to be true to herself, so that she could inspire her players to do the same and to be their best—on and off the court.

This is Only the Beginning

Bank of Hawaii is demonstrating what any organization, big or small, can do for their LGBTQ employees and for all people of diverse backgrounds in Hawaii. In 2018, plans are underway to roll out employee diversity networks for LGBTQ, women, veterans and people of various cultural backgrounds. 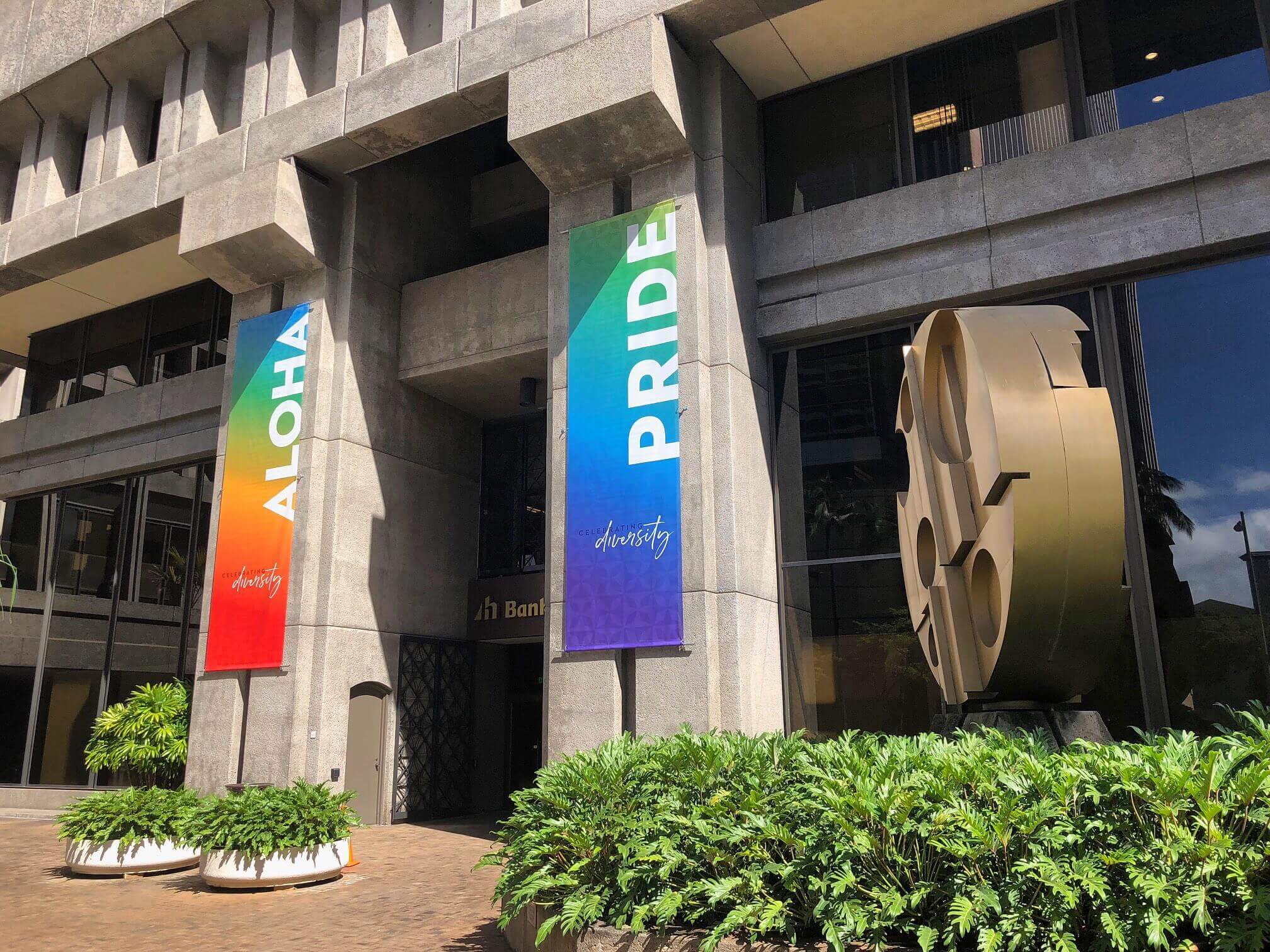 What a business offers its employees needs to resonate with the people it serves. The Diversity and Inclusion Program is yet one more way to express that Bank of Hawaii is here to serve and support the whole community—old and young, male and female, straight and gay. We have plans to aggressively pursue diversity and inclusion within our workplace and promote the same for the community we serve and love. For employees, we will continue to create opportunities for engagement events in order to create a workplace environment that allows for enhanced personal development. Within the external community we will continue to support and strengthen ties with established groups like the Rainbow Film Festival and Honolulu PRIDE.

As a leader in the community, being a champion for people who feel they have to hide any part of who they are demonstrates to the communities we serve that Bank of Hawaii does not tolerate discrimination against anyone. We encourage people to be their authentic selves. Because we are certain that when people are true to themselves, we all win.