Elliot K. Mills Elected to Bank of Hawaii Corporation Board of Directors 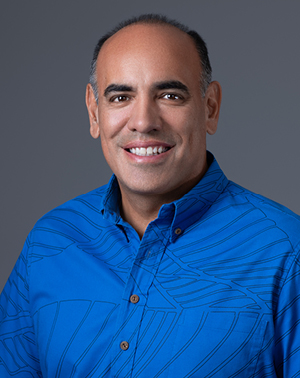 “On behalf of Bank of Hawaii, I am delighted to welcome Elliot to our board of directors,” said Peter Ho, chairman, president and chief executive officer of Bank of Hawaii Corp. “He is uniquely qualified, has an abundance of expertise and insight of our local travel industry, and shares the same values, goals and passion for moving Hawaii forward.”

Mills is currently vice president of hotel operations for Disneyland Resort and Aulani, A Disney® Resort and Spa, leading a team of over 5,000 employees across four locations. He is responsible for overseeing all operations for the Disneyland Hotel, Disney’s Paradise Pier Hotel and Disney’s Grand Californian Hotel & Spa in Anaheim, Calif., in addition to Aulani, A Disney Resort & Spa, in Ko Olina, Hawaii, on Oahu. He joined Disney in 2010, and was an integral leader in the grand opening of the Aulani resort. Mills had a special focus on advancing Hawaiian culture and values as the focal point for its unique hospitality and service experience. Since then, the company has received national recognition, including being named 2020’s “Best Family Hotel in the USA” by U.S. News & World Report.

With over 25 years of experience, Mills has held various executive and resort management positions on the islands of Oahu, Kauai and Maui at top travel companies, including Hyatt, Marriott and Outrigger. Prior to Disney, he held the positions of general manager at both Outrigger Hotels & Resorts on Oahu and at Kauai Marriott Resort.

A native of Hilo on Hawaii Island, Mills has strong ties to the community and gives back by serving on a variety of boards, including Hawai‘i Pacific Health, Hawaii Medical Service Association (HMSA), Hawai‘i Community Foundation, and Kamehameha Schools. He also currently serves as chairman of the board for the Hawai‘i Visitors and Convention Bureau.

Mills is a graduate of Saint Joseph High School, holds a degree in Business Administration with an emphasis in travel industry management from the University of Hawai‘i at Mānoa, and has completed the Cornell Hospitality Management General Managers Program.