If there's one thing I've learned in life, it's that success is not a destination, it's a journey. It takes you on winding roads, ups and downs, and sometimes even round in circles. It'll test your courage and force you to constantly evolve, like a phoenix rising from the ashes.

When I look back on my journey, from my roots in Waianae to the successful fashion business I run today, Island clothing line Ari South, I've had to reinvent myself so many times throughout my life. It's a journey that's required me to be tenacious and above all flexible, as I responded to all the curveballs that life has thrown at me.

In honor of International Women's Month—and accomplished, ambitious women everywhere—I want to share a few life lessons I've learned about how to chase your dreams, overcome challenges and keep growing into a stronger, better woman.

Be flexible. Set life goals, but be open to changing course and evolving.

Of course every ambitious woman should chart a course and set goals for herself. But it's also important to listen to your instinct—your next opportunity might come from an entirely unexpected source, and take you in a direction you could never have predicted.

In high school, fashion wasn't on my radar—I had never even heard of clothing design as a possible major until I attended a career fair in my senior year. I originally planned to go into culinary arts or mechanical engineering. But something about fashion resonated with me so, after high school, I decided to enroll in Honolulu Community College's fashion tech program and found work at a local clothing production shop. It wasn't my original plan, but it felt right, and sometimes you just have to have faith.

Then Project Runway came calling. The showrunners were looking for young designers for their Season 8, and word had gotten around that I had promise. My first impulse was to say no. I had never been in the limelight and didn't have an entertainer's personality. Plus the deadline to enter was a week away—it was all so overwhelming. But despite my fears, my spiritual conviction made me certain I would do well. I went on to win third place, was invited back for two All Stars seasons, and managed to avoid the reality TV drama.

On the tail of that first Project Runway experience, I launched my company in 2011. It took off like a dream and I was welcomed by high profile stores like Neiman Marcus Ala Moana. 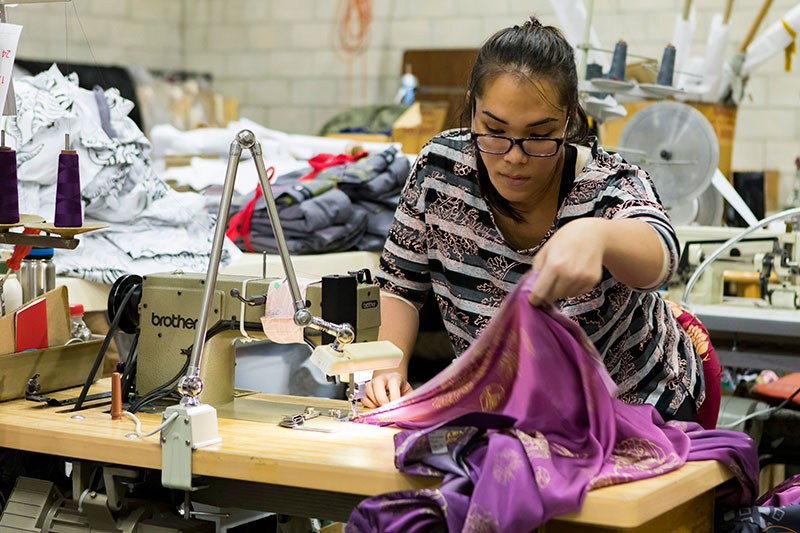 Never take success for granted—and don't be discouraged by setbacks.

On the factory side of the business, it was harder. There was a lot of talk going on about me in those beginning years. The garment-industry veterans—most of them men—had seen me on television, but questioned how a young gown designer would know what to do in a factory, let alone run one on her own. And the truth was, I did have to learn and prove myself. But once they saw that, not only did I have talent, but I was willing to work hard and stick it out for the long haul, the respect was earned.

The truth is, a driven, successful woman can be intimidating for many men. In the past, women were relegated to supporting roles, and the sad reality is that it takes extra work to prove that we're capable of leadership, success and independence. This is what I've experienced.

But it's exciting to see how things are changing. Women have something different to offer in the market place and in so many arenas in which we've historically been sidelined: healthcare, politics, finance and, yes, even fashion. What we have to offer is not better or worse. It is distinct, and valuable. And it's needed. We're still in the early stages of achieving real equality, but I've witnessed significant progress and am hopeful for the future. 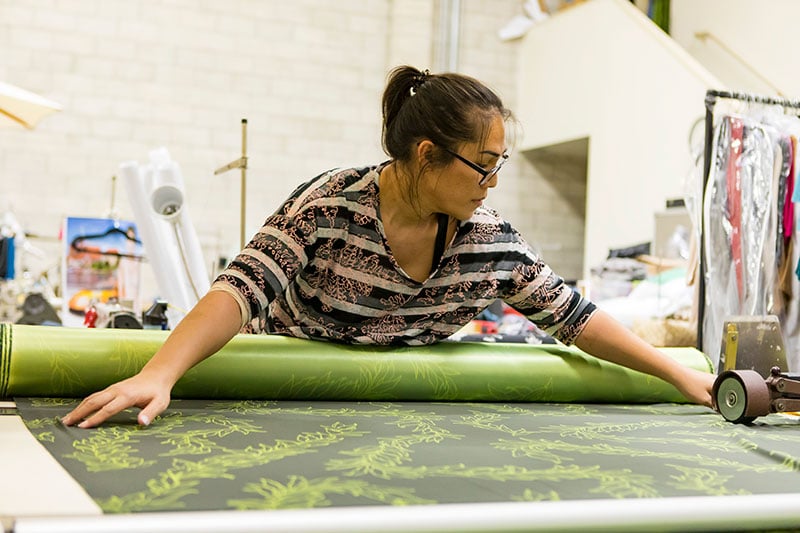 These days, there is such a spotlight on ambitious women to succeed. And society has trained us to think that everything is supposed to only get bigger and better, so anytime you have to step down a tier, it feels like failure, especially when all eyes are on you.

After my company's initial growth spurt, I learned quickly that designing and releasing small runs of clothing out of my Chinatown atelier wouldn't make ends meet. The only option I had to stay afloat was to take over a production contract, sewing clothing for another local company. I had no experience in this side of the business, but I also had no fear of failure, so I jumped at the opportunity. People sometimes think that, once you've been on TV, you've made it, but there's no iconic fashion glory in sewing piecework. I was barely scraping by, no longer building my dream.

It was a humbling position to be in, especially after achieving high-profile success so early. But it taught me that nothing in life comes easy. The business decision I had to make next was tough, but necessary to keep the business alive. I downsized my staff by half, reducing costs and allowing me to divide my time between production work that paid the bills and creative work that fueled my passion.

In the end, the challenge of tearing my company apart and reinventing it made me stronger.

Let your passion fuel and focus your success.

That early challenge was certainly not the last one. But every day I'm creating clothing is a good day for me. Simply put, I love what I do. And because of that, I really nerd out and sweat the details. I fix most of my own equipment so I can understand why stitches are the way they are, and make them as perfect as possible. I know how a filament becomes a fiber, and how a fiber is made into thread, which is then woven into cloth and constructed into garments. Architecturally, a designer has to know how to play with illusion and structure to flatter any body form.

I currently produce my designs out of my Kalihi warehouse in a variety of styles, from couture custom pieces to everyday aloha wear. My focus is on attainable, practical clothing that people can wear any day. If it's too high end and just sitting in your closet, I'm not doing my job.

Gratitude is richer than gold—appreciate those who help you realize your dreams.

The longer I'm in the business, the more I appreciate the importance of giving credit to the people who help me grow and flourish. Amid my professional success, I constantly step back and applaud the women and men who assemble my clothing, who iron my garments and help me at my pop ups. Even when my creativity is at a trickle, my team inspires me.

That team has helped grow not only my business, but other areas of my life, too. After years of late nights, missed dinners, midnight emails and saying yes way too often, I now know that I need “me time” to have balance in my life. I reserve weekends to enjoy the water as often as possible, and I practice yoga to stay centered. This balance is something I couldn't have achieved without my support network.

After all the twists and turns of my life's journey so far, while I have reinvented myself and evolved and improved, at the end of the day, the core of what makes me unique has remained unchanged: my Hawaii roots. This beautiful place and its supportive community have been incredibly formative for me and, as a result, I make the Islands my priority.

At one point, I considered a career in New York City. But soon realized I wanted to create my business here in Hawaii, for Hawaii. It's here in the Islands that I can be close to my family, especially my mother, who has always been my staunchest supporter, and to my Island community that has helped light my way. It's a community that knew me as Andy South early in my career, and stayed with me as I was able to realize my identity as Ariyaphon Southiphong, known to the public as Ari South.

Today, my clothing line reflects the full, complete woman who has been able to gracefully surface, and I owe so much of that to Hawaii, and to you.

I feel so blessed every day.

Ariyaphon Southiphong is one of Hawaii's most recognized young fashion designers. Based in Honolulu, Hawaii, her label, Ari South, features bold prints inspired by the Islands.